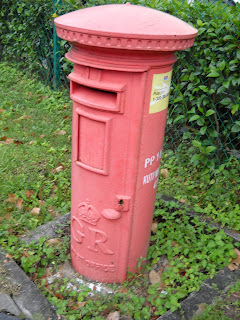 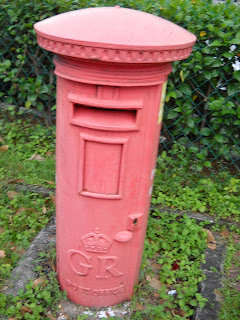 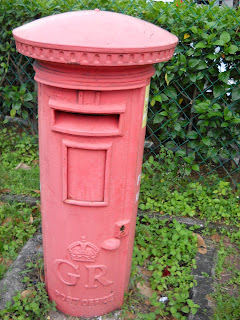 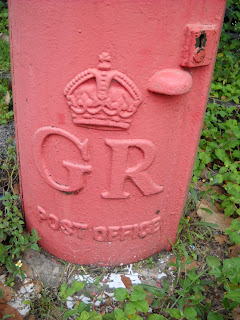 I found the colonial pillar post box in Jalan Residensi late at night.

It was originally called Race Course Road, this was because at the late 19th century, the race course was at the place where the field of St George Girl School was located. It was later moved to Batu Gantong. The name of road was changed to Residency Road,named after the Residency of the Penang Governor,today known as Seri Mutiara.

Polo Ground or Padang Polo is now used for sport especially archery sport;but it was the ground for military parade when the military base was moved here from Fort Cornwallis. It is Captain Speedy, who arrived in Penang in 1871 to be Superintendent of Police, who bought in the Sepoy from India to work in the military(soldiers,police and prison warden).Captain Speedy played important role in the history of Larut (now Taiping) and military and prison history of Malaysia. Jalan Barrack, Jalan Sepoy Lines, Jalan Gaol are the road names that reminded of the past military presence in the area. He resigned in 1873 to be employed by Ngah Ibrahim in Larut(now Taiping). He was later appointed as Assistant Resident in Taiping after the Larut War. There was a street named after him in Taiping, Jalan Speedy(now changed to Jalan Ngah Ibrahim). Polo Ground was also famous for polo sport. But it was more famous as a place for lovers to have their privacy time at night during 70s and 80s, at its peak time you can see cars parking along Sepoy Lines Road. Now fortunately the activities has stopped.....it was in front of the Residency, but I wonder why the authority allowed it to happen for so long?????.

The Mayor of Georgetown used to have its residence here. The building is now used as Penang Home for the Infirm and Aged. Georgetown was granted the status of city on 1-1-1957 (before Malaysian independence) by royal charter from Queen Elizabeth II of Britain. The first in Malaya/Malaysia to become a city, long before Kuala Lumpur become city in 1972. But the state is now administrated by two local councils, MPPP for the island and MPSP for the Province Wellesley(or Seberang Prai). The status of city was not recognized by the current Malaysian law, Georgetown now has no Mayor. The first Mayor of Georgetown was D.S.Ramanathan from Labour Party. There is a street named after him,Jalan D.S.Ramanathan(formerly Scott Road).

And I found this heritage pillar post box along Jalan Residensi, in front of Penang General Hospital entrance, late at night. It remind me of a history of the past.....It bear the royal cypher of "GR" or George Rex, the reign of King George V (1910-1936). So far I have found pillar post box at Jalan Macalister, Jalan Air Itam(2), Jalan Residensi, Gat Lebuh Cina, Upper Penang Road... 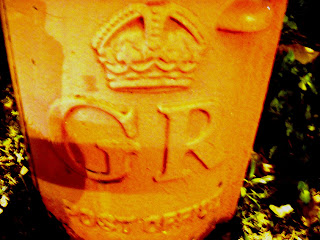 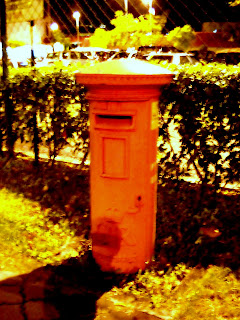